“(h-3) For any social studies course in the required curriculum:

Neutrality has been a mantra for the United States since the resignation of George Washington in his farewell address. “The duty and interest of the United States require that they [the United States] should with sincerity and good faith adopt and pursue a conduct friendly and impartial toward the belligerent Powers.” (Washington, 1793) Largely directed towards the subsequent Anglo-French conflict, this was the policy of the United States for the better part of the 18th and 19th centuries. Neutrality as a political concept comes with a intertwined assertion of maturity; taking the high road, being the bigger person. A policy of neutrality, however much a facade for deeper political apathy, has permeated throughout the American psyche, bringing with it indifference towards the world’s struggles. This permeation in turn, has made the work of American educators that much more difficult, attempting to walk a tight-rope of political, societal and sociological connotation that constantly threatens their occupation. Moral and societal neutrality, particularly in history, is a sisyphean task, and a task that will inevitably create more problems in the classroom than it solves.

In June 2021, as a reaction to the spreading fear of, “Critical Race Theory,” (CRT) Texas legislators passed House Bill 3979, effectually banning the instruction of controversial issues and political controversy in the United States, and asserting that instances of racism, discrimination and/or hatred are anomalies, outside of the traditional values of the United States. Seemingly projecting a message of neutrality, protecting students from historical or racial guilt, and aiming to promote equity and equality in the history classroom, 3979 has put Texas educators in a seemingly impossible position. Teachers have been reprimanded for having anti-racist texts in their classroom, for seemingly not presenting both sides of the argument. Teachers have been instructed to, “teach both sides of the argument for controversial and politically questionable topics.” What message is this projecting? Do teachers have to maintain pro-racist texts as a means to present neutrality? Neutrality, while a noble notion, largely creates problematic perspectives and discussions that cannot be realistically taught about subjects in history.

Consider, for example, the topics such as the Holocaust or the institution of slavery. To what extent can an educator realistically teach the anti-semetic views of the Nazi party as a neutral force in context? How can a social studies teacher educate their students about American history without pointing out how fundamental the institution of slavery was to the formation and growth of the United States? By taking a position of neutrality on events with such clear delineation between right and wrong, moral and immoral, ethical and unethical; teachers will ultimately project racist, bigoted, or at bare minimum, problematic ideas that will teach questionable moral standards to our students. Guilt and shame are some of the most valuable teaching moments. As people, we learn best from our own mistakes. Teaching students that our ancestors were not perfect, shining examples of democracy presents history in a much more human light, and in turn, teaches them that our past is fallible, and worthy of criticism. Growth stems from adaptation, and adaptation stems from error. To effectively teach our students, we need to properly explain that the past is not perfect, and without a doubt, we as a nation need to do better in the future. In doing so, we project not only humility, but a message that we do realize a need for growth, and a need for accountability, a value that we aim to instill in all of our students.

Neutrality has its merits, and as educators, we certainly don’t want to indoctrinate our students with political, social or religious ideologies. Yet at its base level, historical criticism teaches our students to be inquisitive, and critical thinkers for themselves. By teaching them stories of human error and atrocity, we show students that the past is something to learn from, not something to pretend is truly neutral. Tragedy and travesty are core aspects of human history, and will continue to be so if we do not adequately learn from said mistakes and build ourselves to be better than those that came before us. Neutrality, in some instances, polarizes us to think that certain events in history were acceptable, when we know that this is far from the truth. We need to be honest with ourselves and with our students, and in turn, we can do better in our portrayal of humanity.

Art Education: Incorporating the Arts into the Social Studies Classroom

Should we use Textbooks in the History Classroom? 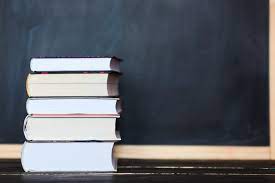